Mr. James Francis “Cy” Coleman, passed away Monday, July 16, 2012, eight days after his 77th birthday. A charming, gregarious young man, he excelled in basketball, baseball and golf. Jim lit up the small town of Belvedere , Ill., where he pulled pranks and entertained the locals. Before high school, he moved to Wisconsin and developed a deep love of the Wisconsin Badgers. After he served in the Korean War, he met and courted a young lady, named Kay Ziegler and married her. 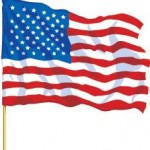 “Cy” will be remembered for his tall tales, quick wit, his love of taking it easy, and his love and loyalty to the Green Bay Packers.

The mass of Christian burial for Mr. Coleman was offered on Friday at 11:00 a.m. at Our Lady of Consolation Catholic Church with the Rev. Louis L. Anderson presiding. Military honors were under the auspices of the U.S. Army with interment in Rockford Cemetery. The Rosary was prayed on Thursday at 8:00 p.m. at the funeral home. Those planning an expression of sympathy are asked to consider Salvation Army, 1215 E. Fulton St., Grand Rapids.