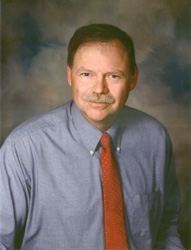 As we near the end of the year, in addition to the festivities associated with the Christmas holiday, tax professionals across these United States of America are doing their best to get the word out to their clients and the tax-paying public that December 31, 2009 is, for the most part, the cut-off date to make changes that will affect the 2009 tax return.

Last week I discussed the Roth IRA conversion issue. This conversion must take place by December 31 to be considered a part of the 2009 tax return. In a previous week, I discussed the sales tax deduction available for purchasing a new vehicle. This vehicle must be purchased by December 31 to get that sales tax deduction on this year’s tax return. For taxpayers who are paying real estate property taxes, the treasurer of the collecting agency must stamp the property taxes as paid in 2009 for them to be deductible on the 2009 tax return.

I bring that up because not all township offices are open daily. Don’t wait until 5 p.m. on December 31 to drop off a check at the township office and expect it to be stamped as received on December 31, especially if the office closes at noon. Don’t mail a check on December 31, expect it to be delivered on January 4 and still be marked as paid as of December 31 just because it has a December 31 postmark. As a courtesy, in both of these scenarios, the treasurer may stamp it as paid in 2009 because it was in the drop-off box before midnight or was mailed before January 1, but why depend upon the treasurer’s courtesy for a deduction? Take the time to bring the payment into the office during regular business hours and get the receipt stamped or mail the check so it is received at the offices before the end of the year.

As with all tax laws, we must presume the letter of the law will be applied and, for charitable contributions made that equal or exceed $250, we must have that letter from the charitable organization verifying the contribution, and the letter must be dated before we file our 2009 tax return.

Another outgrowth of the $250 rule has developed this year. Many taxpayers give to charitable organizations such as United Way through payroll deduction. Apparently, the Internal Revenue Service has ruled that the $250 rule also applies to these payroll deductions and, if the total contribution for the year equals or exceeds the $250, the taxpayer must be in possession of a letter for each payroll deduction. Ouch! In my wildest dreams, I can’t imagine United Way having the capacity to issue such a letter for every payroll deduction. The employing company would have the records to generate the letter, but that is not where the letter has to come from. The letter has to come from United Way. Sounds like the potential for a big stink coming down the road because, as the Texas court case has shown, the IRS will enforce the letter of the law, i.e. no letter from United Way for each contribution equals no deduction, and that has the potential to make quite a few taxpayers unhappy. This is Jerry Coon signing off.

Jerry Coon is an Enrolled Agent. He owns