In a large school district like Rockford, earning top 10 academic honors is an incredible achievement. Rockford’s top 10 students are an example of excellence for our district. If you see any of these students in the future, congratulate them on their hard work and wish them well in their future endeavors. Rockford will be proudly represented in these students as they work toward their next accomplishments.

Rockford’s top graduating student and valedictorian for the RHS class of 2010 is Ryan Romain, son of Mike and Sheryl and brother to Rachael and Kylie. His graduating GPA is 4.620. Romain said his favorite class is English. 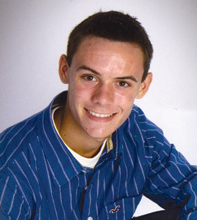 Romain is Social Studies Student of the Month, National Honor Society member, and National Jack London Short Story Competition honorable mention. He participated in track and field for four years, cross country one year and bowling two years. He was cross country Athlete of the Month, most improved track athlete his junior year, All-State 4×400-meter relay, and senior All-Conference track athlete. He was in marching band for three years with 1st Division State Solo and Ensemble rating for a saxophone solo his sophomore and junior years.

Inspired by other people who set high goals, and either achieve them or exhaust every effort in trying to achieve them, Romain’s advice to freshmen is to “develop strong relationships with your teachers. The teachers at Rockford are amazing, and will do anything they can to help you.” His favorite memory is “during the track and field regional meet last year, our 4×400-meter relay surprised all the competition by dropping several seconds off our previous best time, which qualified us for the state meet—the first 4×400-meter relay team to do so in several years.”

Next year, Romain will attend Harvard because “it is an amazing school with limitless opportunities,” where he will major in English and minor in either government or history, and eventually become an attorney.

Rockford’s second-highest graduate in academic achievement is Brian Ginebaugh, son of Charles and Sarah and brother to Scott. He graduates with a GPA of 4.58. Among his favorite classes are anything math and science related. 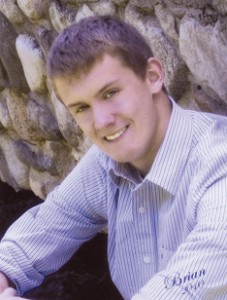 Ginebaugh is a four-year academic letter winner, a member of the National Honor Society, and this year’s salutatorian. He is a four-time conference champion, two-time All-Conference, two-time All-State, All-American, and team co-captain.

Inspired by seeing himself progress throughout the year, Ginebaugh’s advice to freshmen is to work hard starting now, because it pays off in scholarships later. His favorite memory is winning the conference swim meet individually twice, on a relay twice, and as a team twice, all two years in a row.

Next year Ginebaugh will attend Stevens Institute of Technology, Hoboken, N.J., because “it is a very strong engineering program, has co-op opportunities, and I can swim there.” He plans to major in engineering.

Rockford High School’s third-ranked 2010 graduating student is Bennet Riddering, son of George and Ann and brother to Camille, Thomas, Claire and Charles. Riddering graduated with a grade-point average of 4.57 and counted calculus and world conflicts as among his favorite courses at RHS. Riddering played freshman and junior varsity basketball and junior varsity golf. He belonged to the BBA. 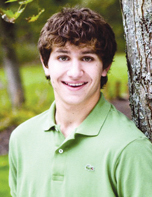 Riddering is inspired by his family. His advice to freshmen is make good friends and keep them close. His favorite high school memory is Dudo in Mr. Reusch’s class.

Next year, Riddering will attend Hope College, where he will major in chemistry and minor in Spanish or math. Science and math are both strengths of his, and knowing a second language is very important in the work world.

Graduating fourth in her class is Jennifer Wallsteadt, daughter of Susan and Russell and sister to Bradley. Wallsteadt graduates with a GPA of 4.529. She said her favorite class is psychology. 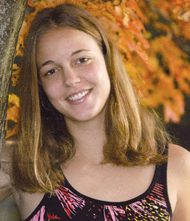 Wallsteadt’s academic accomplishments are the Rockford Board of Education Certificate of Recognition for Outstanding Achievement ACT score, academic letter for 2007/2008/2009/2010, junior Honor Guard, student of the month in social studies in March 2009, Midwest Academic Talent Search Recognition Award in 2004/2005/2006/2007, and in the National Honor Society. She also was a YMCA lifeguard and swim instructor, in the Debate Club four years, has had four years of private flute lessons, was a member of the Ultimate Frisbee Club and a volunteer for the Rockford Humane Society.

Wallsteadt’s advice for freshmen is that Rockford has countless clubs and sports. Take advantage of these experiences and do more than just study. Her RHS memory is playing Frisbee with friends in the Ultimate Frisbee Club.

Next year Wallsteadt will attend Michigan State University and hopes to enter the graduate neuroscience program because she is interested in being a part of research in this field and loves to find the answers to problems. She chose MSU because “they have an amazing honors program that allows its students to explore all of their interests.” She plans a career in teaching neuroscience at a large university.

Graduating fifth in her class this year is Olivia Kacsits, daughter of Susan and John and sister to Andrea and Victoria. She counted all of her classes as favorites. She was a Youth Initiative member, in the Harry Potter Club, minister (briefly) and National Honor Society, a Harvard Book Award winner, a four-year academic letter recipient, and a former Example in Excellence. She is the current rowing team captain, three-time qualifier for nationals in the varsity four and will be rowing at Notre Dame next year. 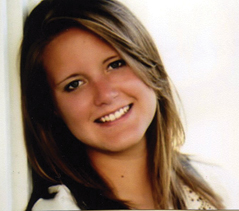 Kacsits is inspired by great books, unique and new experiences, and observing special moments, particularly kindness between strangers. Her advice to freshmen is to “be uncool!” Her favorite memories are crawling out of Mr. Folcik’s window and getting stuck, Mr. Eppink’s bog walk and Mr. Modderman’s “Lord of the Fires” day and playing Winter Olympics Badminton on the upstairs auditorium entrance. She loves coffee, peanut butter, Scrabble, Harry Potter, Spiderman, being outside, hammocking and Notre Dame.

Kacsits plans to attend Notre Dame, majoring in biology and pre-professional medicine. She loves the science and challenge of finding solutions to problems. Her minor will be anthropology or philosophy. She hopes to go into the medical field, pediatrics, cardiology and/or neurology because of all the potential options.

Ranked number six in her class this year with a GPA of 4.49 is Mackenzie Young, daughter of Michael and Melissa and sister to Michaela and Jake. Mackenzie participated in the Youth Initiative program, was on the varsity tennis team, and received Academic All-State honors for tennis. Her favorite class is calculus. 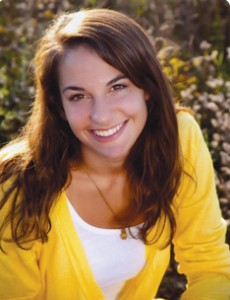 Young loves to see people do outstanding things for the world. Her advice for the Rockford freshman class is to take advantage of every opportunity Rockford High School offers and have fun. Her favorite high school memory is winning regionals and going to the state finals for tennis.

Young plans to attend Northwestern University, because it has a good location and offers everything she wants. She is currently undecided in her major.

Ranked number seven in academic achievement for his graduating class is Kyle Peterson, daughter of Gordy and Sandi and brother to Eric and Cory. Peterson graduates with a GPA of 4.49. His favorite class is telecommunications. He was also active in Youth Initiative and National Honor Society. In water polo he was team captain, received his three-year varsity letter, was third-team All-State and helped the team to a state championship. In swimming he was team captain and received his two-year varsity letter. He also was an Eagle Scout. 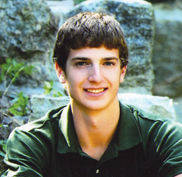 Peterson’s advice to freshmen is to “take your education seriously, but still make sure to enjoy yourself.” His favorite high school memory is winning the state championship in water polo in 2009.

Peterson plans attend the University of Wisconsin–Stout, where he will major in computer science and computer engineering.

Ali VanBelkum is the eighth-ranked RHS class of 2010 graduate with a GPA of 4.478 and the daughter of Todd and Pam VanBelkum and sister to Dallas and Marshall. Among VanBelkum’s favorite subject are math and science. 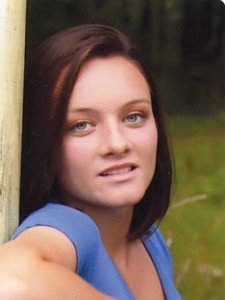 VanBelkum was vice president of the National Honor Society, was in Gymnastics Club, and participated in varsity track and varsity gymnastics. She was an All-Conference gymnast for two years, athlete of the month in gymnastics two times, and team captain in gymnastics. She is inspired by anything creative and artistic. Her advice to freshmen is to “stay involved in as many activities as you can and don’t spend too much time on one thing.” Her Rockford High School memory is qualifying for state with her gymnastics team this year.

VanBelkum plans to attend the University of Michigan College of Literature, Science and the Arts.

Graduating ninth in her class is Megan Kelley, daughter of Michael and Amy and sister to Shannon, Jacob and Joseph. Kelley graduates with a GPA of 4.429. Her favorite class is calculus BC. 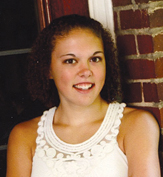 Kelley participated in basketball all four years and is a three-year varsity letter winner. She was in track and field three years. She was named All-Conference, All-Area honorable mention, Athlete of the Month, and team MVP for basketball her senior year. She is a member of the OLC youth group and peer ministry team.

Inspired by always aiming high to reach her full potential, Kelley’s advice to freshmen is to work hard but don’t stress over the little things. Her favorite RHS memory is winning the regionals for the first time in girls basketball history of Rockford.

Kelley is planning on attending Hope College because “I feel the size and campus atmosphere is a good fit for me and I have an opportunity to play college basketball there.” She plans to major in math secondary education.

Margaret Smiley is the tenth-ranked student in the 2010 Rockford High School graduating class, with a GPA of 4.0. She is the daughter of Colette and Chris Smiley and sister to Elizabeth. She is in the National Honor Society, an Example in Excellence and Student of the Month. She participated in track and field, cross country and junior varsity basketball. She was named All-Conference, All-State and was a four-time varsity letter recipient in track. She plays Susuki violin and cello, and participated in school musicals. Her favorite classes are math and music. 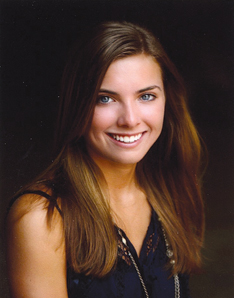 Smiley is inspired by music. Her advice to freshmen is to take advantage of every opportunity Rockford High School gives them. Her high school memory is “going straight from the state track meet where our team was runner-up, to my junior prom with my best friends in the same night.”

Smiley plans on attending New York University. She has always dreamed of living in New York City. She has not yet chosen a major and her career choice is currently undecided.