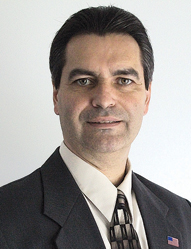 A Michigan native, loving father and committed husband, Rogers has proven himself to be an extraordinary and compassionate leader. His focus is to restore fiscally responsible policies to our nation’s economy, rebuild a free market healthcare system and secure our nation’s energy future. Applying logic and understanding, Rogers will form strategic alliances with like-minded congressional leaders.

“Having spent most of my life working as a professional technician and a sales representative, I have developed a profound respect for hard-working Michigan workers and business owners,” Rogers said. “Michigan should be a leading force in moving the nation’s economy forward.”

Rogers’ highest priority will be working to strike political balance and execute sound decision-making on behalf of Michigan citizens in Washington, D.C.

“We must create an economic environment that creates opportunity for Michigan businesses and encourages growth in our great state,” Rogers said. “In doing so, it is critical that we consider the long-term impact on all decisions in Washington, D.C.”

Rogers is strongly committed to sensible tax reform and is committed to keeping tax dollars in Michigan, allowing working citizens to keep more of their hard-earned money.

“The Libertarian Party will be fielding more than eighty candidates across Michigan in the upcoming November elections,” Rogers said. “I encourage all the voters of West Michigan to seriously evaluate all Libertarian Party candidates on the ballot this fall and send a message to the republican and democratic politicians that they can finally hear… loud and clear.”

Rogers commented on the recent debate between the republican and democrat contenders during the Chamber of Commerce-sponsored event at Davenport University. “It is clear I will provide a clear and decisive choice for the voters in the 3rd District in the November election,” Rogers said. “The debate was low key and offered up the same tired old political rhetoric which is predictable at this type of event. I will work tirelessly to represent the citizens of Michigan’s 3rd District and all residence of Michigan. I believe in leading by example. I am honored to have the opportunity to serve my fellow citizens, and I will appreciate your support in November.”