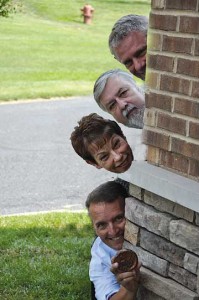 Legend has it that back in the 1800s, a cannon was hidden in Cannon Township and has never been found to this day. That legend will be recreated in 2011.

A custom coin with a cannon stamped on it has been specially designed and minted for the treasure hunt. The coin has been hidden somewhere in Cannon Township. The coin is no more than four feet off the ground and is not on privately owned property.

The Cannon Treasure Hunt also has a new Facebook page where you will be able to chat with other hunters, find hunt instructions, see pictures from past hunts, and know exactly when the coin is found!

Two clues to the location of the Cannon Coin will be released every Tuesday starting September 20 until the coin is found. Participating businesses will each hand out one new clue per week. People searching for the coin will have to visit at least two businesses to get all of the clues each week.

The person who finds the coin will receive $1,000 in free gasoline.