Mrs. Gladys M. Erhart, age 91, formerly of Rockford, went home to be with her Lord and Savior on Friday, May 11, 2012. Five years ago she moved to Baton Rouge, La., and became a southern belle known as “Miss Gladys” to folks she met in her new home.

She was a farm wife and a helpmate to Edward. In years gone by she was active in 4-H Leadership, and is a member of Rockford Baptist Church where she helped with the Ladies Guild and children’s programs.

The services for Mrs. Erhart will be Saturday, May 19, 2012, at 1:00 p.m. at Pederson Funeral Home, Rockford, with Pastor Larry Rowland officiating. Interment will be in Rockford Cemetery. Those planning an expression of sympathy are asked to consider your local hospice or Rockford Baptist Church. Relatives and friends may meet with the family at the Pederson Funeral Home on Friday from 6 to 8 p.m.

Mr. Fred J. Feikema, age 82, of Comstock Park went home to be with his Lord and Savior on Saturday, May 12, 2012. He was born in a Christian-centered home in South Dakota to Clarence and Minnie Feikema, who moved their family to Michigan in 1939.

As a young man, Fred worked for Ralph Pratt and Emerson Clement, helping them gather crops and other farm chores. To get his education, he boarded with a family and worked for his room and board, until graduating form Rockford High School in 1948. During the Korean War he was drafted into the U.S. Army and stationed at Camp McCoy, Wis.

While at Camp McCoy, Fred drove 100 miles to attend Randolph Christian Reformed Church, where he met his beloved wife, Esther. After their marriage Fred and Esther settled in Michigan where they began their family and Fred worked as a bricklayer. In 1968, Fred and his family moved to Nigeria, working through the Christian Reformed World Missions, where Fred built and maintained homes, schools and hospitals. After 10 years in the mission field, he and Esther brought their family home.

Fred worked first for the Inter-City Christian Federation, helping restore homes in Grand Rapids, and then spent over a decade with the maintenance department at Calvin College, retiring in 1991. Fred was a long-time charter member of Blythefield Christian Reformed Church, where he served in various roles such as elder, deacon, Sunday school teacher, and on the missions committee.

A memorial service of praise and thanksgiving for the gift of everlasting life through Jesus Christ will be held Saturday, May 19, 2012, at 2:00 p.m. at Blythefield Christian Reformed Church with Pastor Darrin Compagner officiating. Following the service there will be a time of gathering and sharing memories with the family. Military honors will be under the auspices of the U.S. Army. Contributions to honor Fred’s memory can be made to WITS International (PMB 261, 101 Washington, Grand Haven, MI 49417) for Grace Bible College in Cambodia. 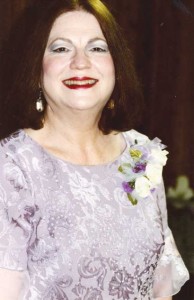 The daughter of Gordon and Bernice Munn, she is survived by her daughters, Heidi (Rodolfo) Martinez, Krista (Derek) Prater; two grandchildren; and sister, Nancy Munn.

The service for Karen was Wednesday at 11:00 a.m. at Rockford United Methodist Church with Pastor Dick Riley officiating. Those planning an expression of sympathy are asked to consider Rockford Methodist Church or the benevolent fund at Resurrection Life Church. 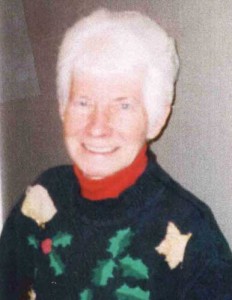 She was born in Battle Creek, Mich. on May 3, 1927, attending Battle Creek Central and graduating from Western Michigan University. She began doing social work, then went into teaching before starting her family. Mrs. Swinehart returned to teaching in the late ‘60s and taught first and third grade for 25 years at Belmont and then Parkside Elementary schools. She was a long-time parishioner at Assumption Catholic Church and then Our Lady of Consolation. She taught high school religious education at both churches. She started the first library for Assumption Church and School. She served on the Krause Memorial Library Board and Rockford City Council and also did volunteer work in the area, such as at North Kent Social Services.

She was an avid reader and accomplished at crossword puzzles. An exceptional baker, she was particularly known for her rich brownies and chocolate chip cookies.

The mass of Christian burial for Mrs. Swinehart will be Saturday morning, May 19 at 11:00 at Our Lady of Consolation Catholic Church, with Rev. Tony Russo presiding. Interment will be in Rockford Cemetery. Relatives and friends may meet with the family at Pederson Funeral Home on Friday from 4:00 to 8:00 p.m. 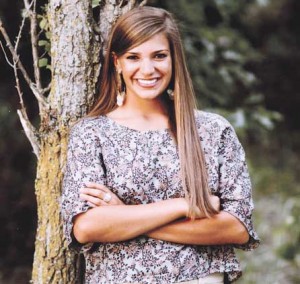 Heaven gained a beautiful, bright angel with the unexpected passing of Madyson “Maddy” Veitenheimer of Belmont, who died on Sunday, May 13, 2012. All her friends say they will miss her smile that lit up any room she entered and her fun-loving nature.

As an 18-year-old high school senior, Maddy was passionate about basketball, track, being the number one “superfan” with Ram Nation at Rockford High School sporting events, and TV Studio. She volunteered at the Ronald McDonald House and loved spending time with family and friends. She lived the Everybody Love Everybody (ELE) lifestyle and always treated others with kindness, humor and compassion. She planned to attend Central Michigan University in the fall and was ecstatic to receive an academic scholarship as well as a first-place award with Michigan Association of Broadcasters.

Maddy was a friend to everyone and would help people get out of their comfort zones by encouraging them to try new activities. She always made people feel welcomed and loved. She leaves a positive impact on her school, church, family and friends and will be greatly missed.

Visitation will be held on Thursday, May 17 from 6 to 9 p.m. at Assumption BVM Catholic Church in Belmont. The mass of Christian burial will be held on Friday, May 18 at 11:30 a.m. in the church with the Rev. Peter Vu officiating. Those planning an expression of sympathy are asked to consider memorials to Assumption BVM School.