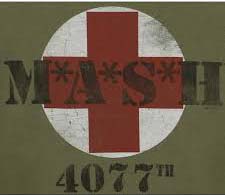 CEDAR SPRINGS, Mich. – One of the most popular sitcoms in television history is coming to Cedar Springs this month as Rogue River Community Theatre Company presents the stage version of M*A*S*H.

Based on the  hugely successful TV series that aired between Sept. 1972 and Feb. 1983, it brings back the comedic team of doctors and nurses stationed at the 4077th Mobile Army Surgical Hospital in South Korea during the Korean War.

Director Lesley Nadwodnik has the credentials for the job; she’s a veteran actor and comedian. “This classic sitcom is perfect for stage,” she said. “There’s a lot of laughs and the audience will certainly recognize many of their favorite characters.”

“You’ll see many iconic characters along with some new favorites,” said John Bagin, a RRCTC board member and  member of the cast.

“As an actor, it’s been great being a part of bringing this American cultural classic back to the stage,” Bagin said. “It’s brought back many fond memories.”

His wife and fellow thespian Kirsten Bagin agrees. “The audience is going to love this production,” she said. “There is always something happening on stage – sometimes something poignant and other times downright hilarious.”

The script and cast are almost a distraction, she concedes. “The play features a large cast and I find myself laughing through every rehearsal.”

Production assistants will transform the Kent Theatre stage into a true-to-life MASH unit and period costumes provide an extra measure of authenticity to the two-act play, Nadwodnik said.

“A lot of work is being done on the sets; it’ll take the audience back to the original MASH 4077,” Nadwodnik said. “We’ve been blessed to have volunteers from the arts community in Rockford helping out. It truly is a community theatre production.”

Those born after the show left the air – its final episode the most watched television broadcast in American history – will find plenty to love. And that comes from Jack Bagin, who was just a glimmer in his parents’ eye when the ratings gusher ended.

“When I started this show, I had no idea what MASH was,” he said. “I learned quickly what this show was about; it quickly communicated all the laughter and silliness to a younger  generation.”

Performances will be held at the historic Kent Theatre, 8 North Main Street in Cedar Springs.

For more information, visit RRCTC on Facebook or send an email to RRCTCRockford@gmail.com.