Across the nation, communities are taking a look at some of their most valuable and necessary assets: sewer and water pipes and their associated structures. Here in Rockford, the Michigan Department of Environmental Quality (MDEQ) awarded an $843,470 Stormwater and Wastewater Asset Management grant to assist in evaluating the condition of our system. Rockford residents have likely seen this project underway as they have observed big trucks with hoses parked all over Rockford the last two years.

“Most of us don’t even think about it—what goes down the drain is just gone to the City,” said Chief Dave Jones during an informational meeting to talk about the program with the Squire. Jones was joined by Rockford’s Department of Public Services Director Jamie Davies, and Prein&Newhof Civil and Environmental Engineers Steve Oosting and Mark Prein.

Jones explained that Prein&Newhof partnered with the City of Rockford to apply for the MDEQ grant and is now helping us better understand and track our underground assets. This project—tracking, recording, and compiling information on our pipes—has been underway for two years and eight months. By assessing the condition of our underground assets, we can prioritize our improvements in the areas of most critical need. The goal is efficient and smart, cost-effective management of both our system that delivers wastewater for treatment at PARCC Side Clean Water Plant on Coit Avenue and our system that collects and directs stormwater into local streams and rivers.

Around the state and across the nation there are similar projects underway, because America’s sewer systems are about the same age and condition. “We are one hundred years into a seventy–five year lifespan,” said Steve Oosting. “There are immediate benefits from this project.” By knowing the condition of the infrastructure underground, Rockford can prioritize where to make improvements.

For example, residents may have noticed smoke testing taking place throughout Rockford this summer and last. This was part of our discovery and inventory process. Crews pumped smoke into Rockford’s sanitary sewer system to identify places where stormwater has been able to enter it. Smoke testing revealed 397 defects in our systems that need to be addressed, such as stormwater pipes connected to sanitary system pipes. Some are residential or businesses structures whose stormwater runoff has been collecting into the sanitary sewer system.

Why does this matter? Wastewater flows by gravity through our sanitary sewers and then is pumped by lift stations to the treatment plant, a necessary but expensive process. By comparison, storm water, which doesn’t require treatment, is collected into the storm sewers and flows by gravity back into nearby rivers and streams. Prein&Newhof identified that 50 million gallons of stormwater is going into our sanitary sewer system annually and being treated unnecessarily. “That’s $60,000–$80, 000 going down the drain every year,” said Oosting.

Having now identified 397 openings where stormwater can enter the sanitary sewers, the City has the ability to start reducing that unnecessary expense by sealing the leaks. Making these repairs will cost more in the short term, but this investment will pay for itself over the long term by reducing the waste of unnecessarily pumping and treating stormwater.

Other examples of non-age related problems discovered were foreign objects passing through the pipes, such as tree roots, gas lines, and phone cables. “In these cases [gas lines and phone cables] the City got ahold of them [utility providers] and they removed them very quickly,” Davies stated.

Prior to this project, the city had documents about the general condition of Rockford’s drinking water pipes, sanitary sewer pipes, lift stations, and stormwater pipes, but there was no single place to quickly confirm the location and state of the many, many components of these multiple systems. When this project is complete, Rockford’s city leaders and operators, and the engineers tasked with working on our underground infrastructure will be able to pull up images, videos, and condition ratings of our underground assets that are linked to a digital map of Rockford. Even with an undertaking this large, the available funds had to be prioritized to inspect the oldest and most critical lines. Oosting said that by the completion of this project we will have photographed about 42% of the wastewater system. The pipes which have not been fully inspected are largely the newer pipes. That means the plans we develop right now will be able to address some critical early needs, but our plans also need to remain flexible as we will continue to learn more about the condition of our infrastructure with future inspections.

This discovery process isn’t a small undertaking, and according to Mark Prein, it has very much been a joint effort and close relationship with Rockford to accomplish this work. Rockford has been inventorying the water pipes and system components while Prein&Newhof has been doing the same for the sanitary and storm sewer systems.

“We are acting as the quarterback for a whole bunch of programs and the City is the coach,” Mark Prein explained. “I would really like to emphasize that this has been a partnership.”

Prein said the information collected will arm the City with knowledge of what to expect from the various components of its water systems. Having access to all of this information gives Rockford the power to provide a stable infrastructure at the lowest long–term cost. “The City is proactive and this gives them a game-changing tool that will also reduce emergency repairs, which are far more expensive than planned improvements.”

Chief Jones said that Rockford’s infrastructure is owned by its residents, and it makes sense that they understand the value of what they own. “It’s like having a very expensive house. You want to know what you have and how to maintain it. It’s far more effective to maintain it than fix it when it fails.”

The inventory is expected to be complete in January 2017. Prein&Newhof will be working with the City to prioritize repairs and to develop a financial plan from all of the new information. They will present their findings to Rockford’s City Council during the March meeting. 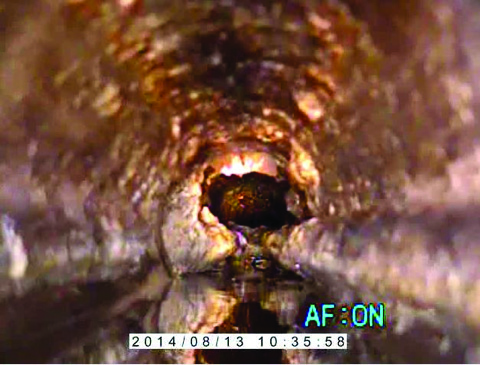 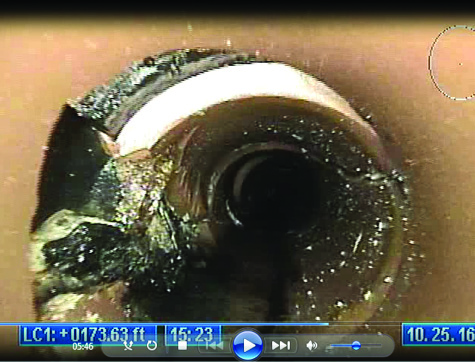