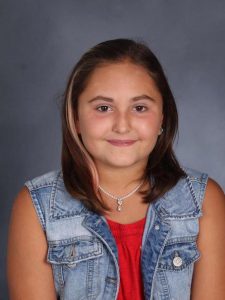 Quincy Brown is a 6th grade student in our Fine Arts team and the daughter of Susan Kobe and Paul Brown. She has two siblings named Paxton and Dayton as well as four pets named Lilly, Daisy, Cooper, and Coco. Quincy attended Meadow Ridge elementary and is active in volleyball, basketball, and soccer. She also enjoys baking in her free time. Quincy cheers for Michigan State and she would like to become a vet when she grows up. Some of her favorites include teacher Mr. Frazier, brownies, the Emoji Movie, the book The Thing About Jellyfish, and listening to Katie Perry. Her dream vacation is to travel to Paris. Quincy is most proud of the fact that she is involved in a lot of after school sports and activities and the person that she admires the most is her mom because she helps her whenever she needs it and she knows me so well. 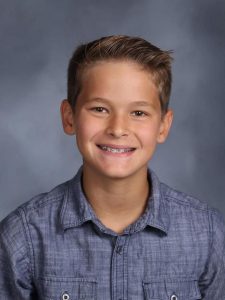 Drake Irwin is a 6th grade student in our Fine Arts team and the son of Shawn and Sherri. He has three siblings named Elle, Hannah, and Morgan as well as a dog named Cooper. Drake attended Valley View elementary and is active in intramural basketball. Drake also participates in football, basketball, and baseball outside of school. Drake enjoys building stuff in his free time. He cheers for Michigan State and his current goal is to become the starting quarterback in high school. Some of Drakes favorites include teacher Mr. Derksen, eating ribs, the movie Despicable Me, the book The Gadget, and the song Believer. His dream vacation is to travel to Hawaii. Drake is most proud of being a healthy and active person and the people that he admires the most are his mom and dad because they help him with his homework when he needs it. 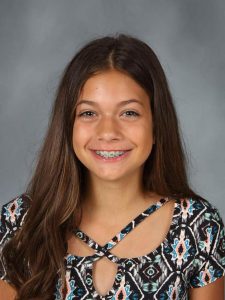 Ashlyn Warmington is a 7th grade student and the daughter of Abby and Kyle. She has one sibling named Maguire as well as a dog named Toby and a chicken named Phoenix. Ashlyn attended Roguewood elementary and is in the middle school dance team and choir. She is also involved with church small group, dance dimensions, and loves to dance, take pictures, and play with her brother in her free time. Ashlyn cheers for the University of Michigan and Taylor and would like to become either a dance teacher or a meteorologist when she grows up. Some of her favorites include teachers Mr. Davison, Mr. Barr, Mrs. Dixon, and Mrs. Reickard, eating sushi, the movie 90 Minutes in Heaven, the book Out of My Mind, and listening to Matthew West, Carrie Underwood, Country, and Christian music. Ashlyn would love to travel Israel. She is most proud of her little brother because he does really well in school, plays a lot of sports and is always one of the best in all of them. The person that Ashlyn admires the most is Zendaya because she is a singer, actress, dancer, and author. 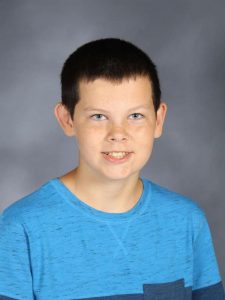 Max Klein is a 7th grade student and the son of Heather and Luke. He as one sibling named Cooper as well as a dog named Chloe. Max attended Roguewood elementary and enjoys playing soccer and reading. He cheers for Michigan State and wants to become a chemical engineer when he grows up. Some of Max’s favorites include Stem class, eating macaroni and cheese, the movie Back to the Future, reading the Heroes of Olympus series and the song Believer. Max would like to travel to Hawaii some day. He is most proud of getting a 4.0 GPA throughout all of 6th grade, which is better than all of his friends, and the person that he admires the most is Bill Gates because he had a great idea and got rich. 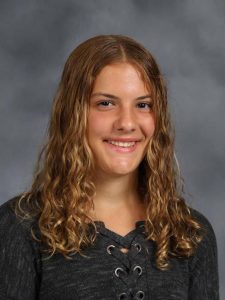 Paige Clauser is an 8th grade student and the daughter of Holly and Jason. She has one sibling named Tyler as well as a dog named Macey. Paige attended Roguewood elementary and is active in volleyball, diving, and peer to peer mentoring at NRMS. In her free time she enjoys reading and hanging out with her friends. Paige cheers for Michigan State and is undecided on what she wants to do when she grows up. Some of her favorites include teachers Mrs. Deuel, Mr. Dondit, and Sr. Ramos, eating cheese quesadilla’s, the movie Fast and Furious, reading Red Queen, Out of my Mind, and the Count of Monte Cristo, and listening to pop and hip hop music. She would love to travel to Greece one day. Paige is most proud of her grandpa for making it through Chemo and the person that she admires the most is her dad because he is always believes in her. 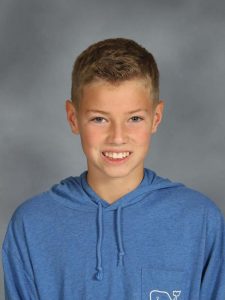 Wyatt Cliff is an 8th grade student and the son of Jen and Eric. He has one sibling named Ryder. Wyatt attended Roguewood elementary and is active in water polo, swimming, and band at NRMS. Wyatt is also active in boy scouts and likes to play games and play with his friends in his free time. He cheers for Michigan State and wants to become a surgeon when he grows up. Some of his favorites include teachers Mrs. Ramesh and Mrs. Scarbnick, eating fruit and steak, the movie Masterminds, the book Maze Runner, and listening to anything but country. Wyatt would love to travel to Hawaii someday. He is most proud of his math abilities because he tested in to Algebra and he admires both his mom and dad because they are always there to help him when he needs it.