As the Michigan weather finally turns to winter just in time for the holidays, it might be nice to see some sights of a trip to locations with little more tropical than West Michigan. 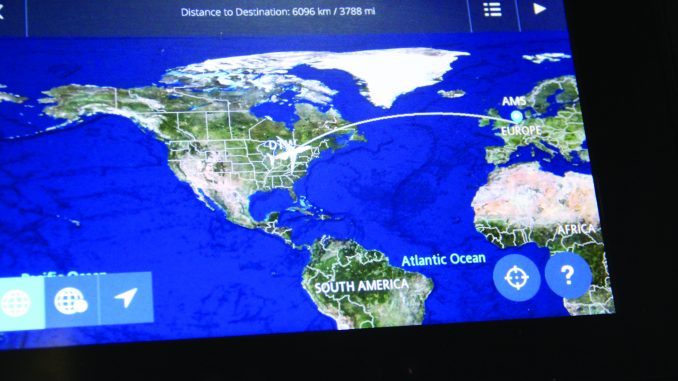 We (Beth and Bill) scheduled a ten-day cruise through Greece with departure and return via the Rome sea port city of Civitavecchia, Italy. Carrying two cameras every day of the trip (one with a wide angle lens), I was able to take some nice pictures and would love to share them.

Our trip began Tuesday from the lovely and manageable Gerald Ford International Airport, arriving at 1 p.m. for a 3 p.m. flight to Detroit. We learned from our flight crew to Europe that in the vacation season there are direct flights from Detroit to Rome, but in this off-season our route was less straightforward. With a three-hour layover in Detroit, our main flight to Europe wasn’t until the late evening and had us arrive to the Amsterdam airport in the morning with a final flight to Rome early in the morning of Wednesday.

By the time we collected our bags and found the driver we had booked to take us from the airport to the lovely Hotel Saint Giorgio, it was 3 p.m. Wednesday. I thought the staff back home would be surprised to know we had only just completed the first leg of our trip and burned through a whole day in transit.

We dropped off our bags and walked through the town. The following is information I only learned after returning home but it is still of interest. Civitavecchia is a one thousand year old seaport built in 101 108 by Emperor Trajan, who wanted a deep-water port. In the Middle Ages and afterward it was controlled by popes and counts. There are still several restored Medieval and Baroque structures remaining. 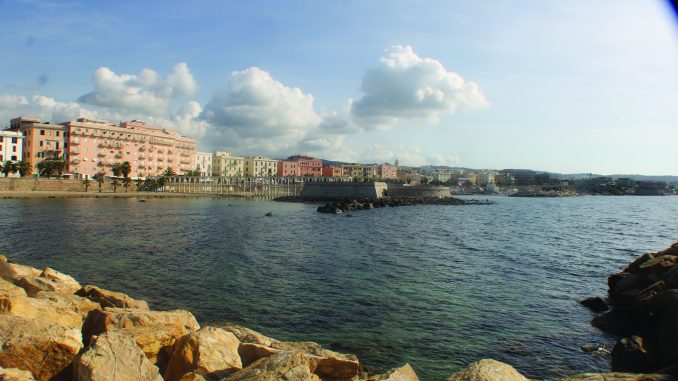 The port city remains active with 500 cruise ships a year. It is also home to commercial ferries that offer service to Sardinia, Sicily Corsica, Malta, Spain and Tunisia.

We spent our free afternoon before boarding the Norwegian Spirit the next morning. The sights of the town are manageable on foot. Despite being home to 58,000 residents, the downtown district is pretty small.

One of the remaining ancient structures if Forte Michaelangelo, which was built in the 1500s and badly damaged during the bombing in World War II. It was restored in the 1950s. Walking around the fort you can see locals fishing in the breakwaters with long poles. Huge cement structures sit at the base of the seawall designed to dilute the power of the waves crashing in. These tetrapods are common in Europe, or at least we saw them several times during our cruise.

Other remnants of the ancient city have been preserved. The main pedestrian walkway is Corso Centorelle, with fountains and benches and lined with shops, restaurants and a theater that is one of the central structures of the town and with historic significance. In several places heavy glass is embedded in the walkway and through it you can see excavated relics of earlier times, the outlines of rooms, shard or complete pottery and other utensils remaining from earlier times.

Another highlight of the town is a seaside promenade complete with park areas, play areas, planters, sculptures and attractive lighting. Running along the beach, locals were fishing here as well. Across the street are restaurants and hotels. The curving Marina di Civatevecchia ends at a tiny peninsula known as the Pirgo, which juts out into the Mediterranean Ocean.

A dinner out at a restaurant was one of the highlights of the afternoon’s sightseeing. We saw a McDonalds, but ate at an outdoor, open air restaurant. Something we learned after we ordered Bruschetta (there pronounced Bro Skuta). We always considered it toast topped with tomatoes drizzled with balsamic vinegar, oil, basil and Parmesan cheese.

Our order came with four pieces of toast, one topped with green and red tomatoes, one with zucchini and oil, one with eggplant, and the last with a slice of salami. It turns out the word bruschetta means “a little bit burned” and refers to the toasted bread. Toppings can vary. Who knew 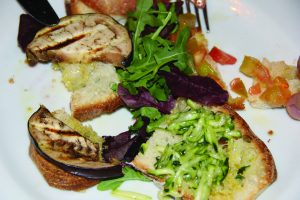 I also ordered a fish as a main course, and it comes to the table complete with the head. Our waiter presents the fish before preparing it at the table by taking the meat off the bones and presenting you the plate without the bones and head. Bill had pasta Carbonara.

Our itinerary included one day at sea, four stops in four days in Greek ports, Malta, Sicily, Italy, Naples, Italy and a return to Civitavecchia. We decided to stay two extra days in Rome to sightsee. Over the next weeks we’ll share pictures and thoughts on each of the days’ excursions.