We spent a day in Athens, Greece, visiting the Parthenon, located in the Acropolis, which means “high city.” Habitation began there between the fourth and third millennium BC. The Acropolis was a walled city with nearby settlements and marketplaces. 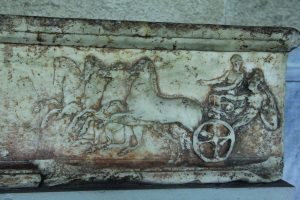 Trading created class conflict with lifestyle differences between the wealthiest class and the lower, poorer classes. By the seventh century BC social unrest caused the wealthy rulers to instruct Draco to write strict (Draconian) laws, which people revolted against.

Next the ruling class appointed Solon to create a new constitution, which was more fair to all inhabitants and allowed the emergence of a new middle class and allowed them to voted for the first time.

That system was the beginning of democracy, although it was note unchallenged. Several rulers tried to become tyrants and usurp the democratic process, but were overthrown or died. Eventually the democratic system held for over 170 years until the conquest of Athens by Alexander the Great in 338 BC.