Benefit event moved to April 29th due to weather

Kim has been a part of Speed Merchants for many years. In the early 90’s he was an employee. In 1994 he bought in to the business and became 1 of 4 owners.

By 1998, Kim was one of 2 owners. Upon the death of the other owner, Kim and his wife Kimberly purchased the remaining share and it has been a family business ever since.

Times were tough at first,  the shop was without a furnace for 3 years. But last year the shop was renovated.  It is now a staple of the Rockford Cycling Community. 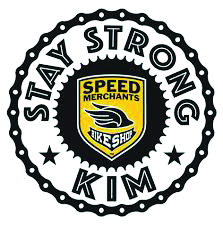 On Sunday 4/29 from 1:00pm to 6:00pm the Greater Rockford Community is invited to Speed Merchants Bike Shop for Pedal the Peaks/Community open house. This event is designed to raise money for Kim Woods.

• Silent auction table with items from many local Businesses

Stop by to make a donation, bid on one of the many donated items or take part in the competitive bike ride.