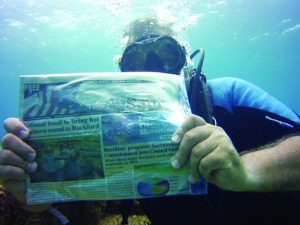 Kurt Behrendt took The Squire with him during a scuba trip to Cozumel, Mexico. The photos were taken as he dove on ocean wrecks and underwater caves in The Gulf of Mexico. Kurt sealed his copy of The Squire in a gallon plastic bag and then sealed it up with tape but it was still pretty quickly soaked.  Look how clear the
water was!

During his trip, Kurt was taken hours out to sea where he was able to drop into the ocean as whale sharks made their annual migratory trek through the region.  Known as the world’s biggest fish, the whale shark can weigh up to 12 tons and reach 50 feet in length.  Kurt got up-close and personal with one of them, as it whacked him with its tail when it swam by.  He guesses it was about 35 feet long! 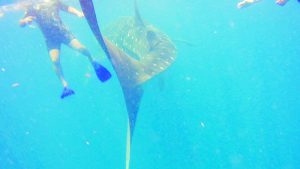 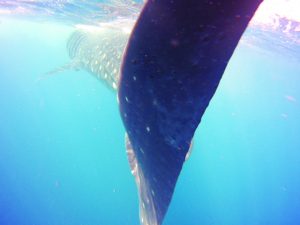 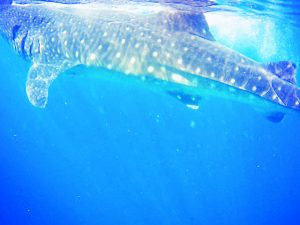 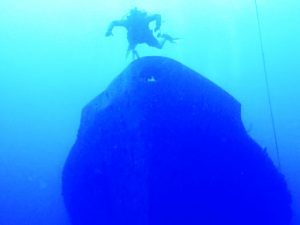