On November 6, Michiganers narrowly voted to allow recreational use of marijuana in the state. Of the three ballot initiatives, it passed with the least support with 55.90 percent voting for it and 44.10 voting against it. The other two passed with support in the 60 percentile range.

So what happens now? It has been ten years since medical marijuana was approved, and this may have given recreational marijuana somewhat of a road map of how to be managed, but there are plenty of questions and misgivings among our elected officials on the new proposal. Rockford City Council is planning to pass an ordinance banning the opening of any marijuana sales within the city limits and has passed a ban on people using marijuana products in public. They moved quickly on this so they will have an ordinance in effect when the election is certified by the state board of canvasers. Municipalities around the area are likewise passing bans on sales establishments for recreational marijuana.

Rockford City Manager Thad Beard said “That’s a good question,” when asked ‘What comes next?’ He said council will hold a special meeting to decide whether to opt out of sales of recreational marijuana in downtown Rockford. “You can’t opt out of the law,” he said, referring to people using recreational marijuana in private. “You can’t control use.”

He said council would be considering whether to opt out on a commercial basis, if a point of sale store would be complimentary to downtown. There is a ten day window after the state certified the vote, which happened on November 26. “We have until December 6 to act on it.”

He said there are varying opinions on whether a community will be able to bar commercial sales of marijuana for recreational purposes after the ten-day window. The opinion of city attorneys that prohibiting marijuana stores is the best way to deter a point of sale operation here, versus using zoning or other restrictions.

He said the proposal itself already prohibits public use, and the city is considering adding that stipulation in an ordinance to make the rules abundantly clear. He said he’s heard that 100 other communities are also banning marijuana sales (out of some 400 in the state). Others are taking a step back to see what happens in the up to one year the state has to propose rules for the industry. The state Licensing and Regulatory Affairs commission is tasked with coming up with those rules.

Beard said it would be a mistake to think the income from sales will be a big revenue source. “There is the potential for a city to get ten percent if they have sales in their city.” He said the income is less than the public might expect and actually is a percentage of the ten percent. “It is not a true ten percent.” 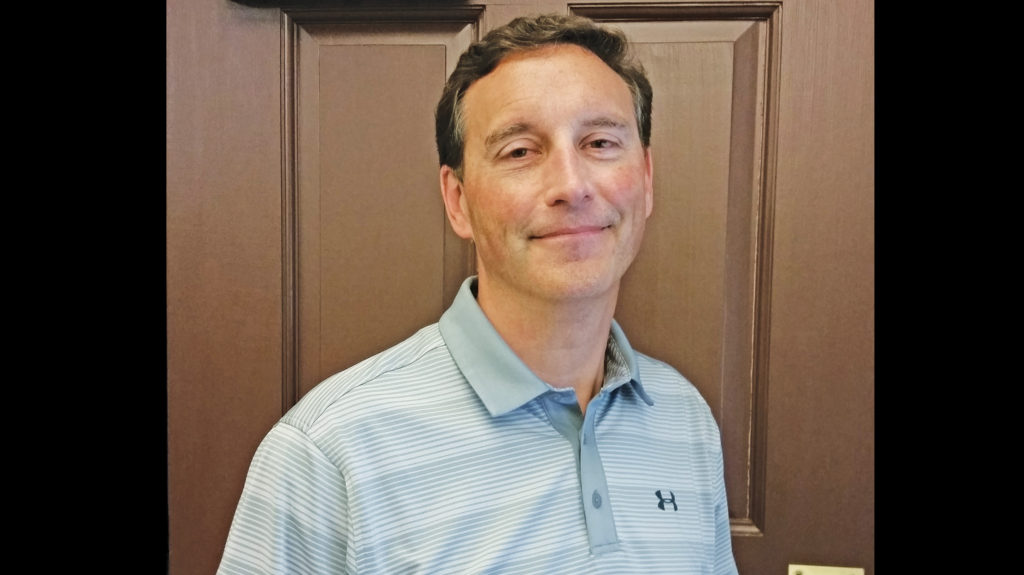 He said so much is up in the air because of the rushed nature of the new industry. The vote happened on November 6 and communities have to take some kind of action by December 6. “Now we have to act in less than a month.”

If the substance is banned federally, but the state votes to make it legal, is it really legal? Beard said the state says yes. “According to the state it is legal.” He pointed out that college campuses are barring it, and this is likely because they could lose federal funding.

Someone interested in opening a marijuana store also has a daunting prospect, making an application to the state as well as the city or community where they want to operate.

How did the proposal get on the ballot in the first place? Beard said he is not an expert but offered his understanding of the process.

“Basically a group who wanted it solicited enough signatures to put it on the ballot.” He said last year there were people “harassing” people at the farmers market for signatures. They are often people paid an hourly rate to go to a populated area, grocery stores, malls, etc. Some people might be enthusiastic volunteers, but more typically they are people paid by the hour to collect signatures.

The motivation? To make money from the people of Michigan. Perhaps a person or organization from out of state solicited the signatures to get the recreational marijuana on the ballot and can then run businesses here in Michigan and make money. He said there are horror stories about Colorado where cartels grow marijuana there because it is legal and then sell it elsewhere where it isn’t.

Cameron Vanwyngarden, Superintendent of Plainfield Township, said there are a lot of unknowns regarding recreational marijuana here. He said the state has up to a year to work out the details of how to manage recreational marijuana. “It makes more sense to opt out, then you can always opt in later.” The sense of urgency comes from wanting to be clear about banning the sales before applications can be made, which would complicate the process.

He said some communities are allowing some parts of the business, for instance, a growing operation, but not a point of sales operation. “A lot of communities want to see how it looks and want to opt out first.”

VanWyngarden said it won’t be the case that all communities take steps to ban recreational marijuana sales. “That’s the tricky part. If you don’t opt out, you’re in.” He said he fully aniticipates Grand Rapids to stay in because they just went through a detailed process considering regulation. “Other communities will be in, either by choice of neglecting to take action.”

He said the process will likely to be similar to the process of implementing medical marijuana, which passed ten years ago in the 2008 election. Income from communities will come from keeping a percentage of a ten percent excise tax, similar to additional taxes paid on tobacco and gasoline sales. Excise taxes are taxes above and beyond the state sales tax of six percent.

“Time will tell if that amount is worth it. It is the lowest excise tax in the nation. I believe that is a massive mistake.” He said the organization that put forth the ballot is the author of the proposal and that ten percent was written into the proposal’s details. “Ballot initiatives make for messy legislation.”

Senator Pete MacGregor was likewise not thrilled with the passage of the proposal. “I don’t think a lot of us know what the unintended consequences will be throughout the state.” He said those working on the new regulations likely will look to other states to see what has been done to create a safe environment.

“It took ten years with medical marijuana.” He said the rules will be intended to keep the public safe, to “protect citizens and public welfare.”

“Passing Proposal One is not a silver bullet to create revenue for our state.” He said in the perspective of the state’s budget this would be “a tiny fraction of income and will cause many problems.” He said the state has a huge problem with opioid addiction and that is a controlled substance only available by prescription.

Recreational marijuana will negatively impact law enforcement, public health and education, he stated. He envisions an increase in emergency room visits, traffic incidents due to use, increased costs for healthcare and, he said, all of these will be paid for by the public.

“This is not the marijuana people used to smoke in the 1970s,” he said. “It’s a lot more potent. I’m sure every law enforcement agency is scared of what this is going to cost.” He said misuse and overuse of recreational marijuana will come with a high price tag to all Michiganders.

Can the state legislature make changes to recreational marijuana law? “We can with a three-quarter vote in the legislature and with the signature of the governor,” MacGregor stated. “It is very difficult to get three-quarters of the vote.”

He believes this ballot initiative was funded by dollars from out of state, and is happening all across America. “It isn’t even a home-grown initiative.” He said making recreational use legal will not help the situation with people who already use illegally. “This is the information I’ve been getting from fire departments and police chiefs. They are freaking out.”

MacGregor said this will also pose problems for employers. In a state that is already employee deficit, meaning there are more jobs than workers, how will legal marijuana affect businesses that have drug test policies?

He said the different types of marijuana also have problems. “It’s not just smoking it, there are a lot of edibles, brownies and gummies, these will be very attractive to the young.” He said voters had a summation of the bill to vote on, and all the details are in a much longer version which ought to be available at the Secretary of State website.

Police are already working on pilot programs to test for marijuana use while driving and on-the-spot saliva swabs allow officers to conclude blood levels within minutes. Currently, however, only a few officers in the state have been trained in this procedure, so that will be another hurdle for law enforcement.

If it is legal in the state but illegal federally, is it legal? MacGregor said it doesn’t really matter, if prosecutors are no longer going to prosecute marijuana users.

“No one knows how to handle it at this point. Everyone’s worried about it the unintended consequences. Maybe we can look to Washington, they legalized it a half dozen years ago.”