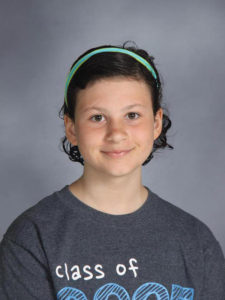 Elizabeth Slabaugh is a 6th grade student on our Health Quest team and the daughter of Carla and Tony Slabaugh.  She has two brothers named Jacob and Caleb as well as a dog named Winston.  Elizabeth attended Belmont elementary and is active in band at NRMS.  Elizabeth is also involved in her youth group and enjoys playing with her dog in her free time.  Elizabeth would like to go to Grand Valley State and hopes to become an engineer when she grows up.  Her favorite part about NRMS is how much they are learning.  Elizabeth’s dream vacation would be to travel around in Canada.  Some of her favorites include teachers Mr. Long and Mrs. Eppink, eating salad, watching action movies, the book The Wild Robot, music from Credence Clearwater Revival, and the color purple.  Elizabeth is most proud of her good grades and the person that she admires the most is her brother Jacob for being a good role model.

Noah VanAuker is a 6th grade student on our Health Quest team and the son of Katie and Ryan VanAuker.  He has one sibling named Josh and attended Valley View elementary.  Noah is active in band and student council at NRMS and also enjoys video games, legos, and robotics in his free time.  He would like to attend Michigan Tech and become a Greek Mythology professor when he grows up.  His favorite thing about NRMS is “all of the fun stuff we do here”.  Noah would love to take a vacation to Greece.  Some of his other favorites include band class, teacher Mr. McCarthy, eating pizza, the movie X-Men: Days of Future Past, reading the Heroes of Olympus books, listening to Nothin’ Holding Me Back by Shawn Mendez, and the color green.  Noah is most proud his robotics team’s accomplishments and the person that he admires the most is his mom for always being so supportive. 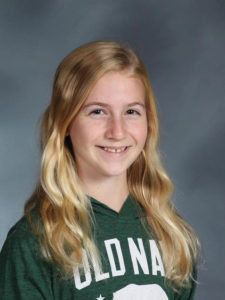 Reese Graalman is a 7th grade student and the daughter of Beth and James Graalman.  She has one sibling named Nolan as well as two cats named Piper and Lucy, and a dog named Callie.  Reese attended Painted Rock elementary in Poway, California and is active in lacrosse, orchestra, and dance.  In her free time, she enjoys playing with her dog and mountain biking.  Reese would like to attend either the universities of Iowa or Michigan and hope to become a pediatrician or a physical therapist when she grows up.  She would like travel to Rome for a vacation.  Her favorite things about NRMS are the teachers and the electives that she can take.  Some of her other favorites include science class with Mrs. Dixon and language arts with Mrs. Reickard, eating pot stickers, the movie Hidden Figures, the book Maze Runner, music from Keith Urban, and the color teal.  Reese is most proud of her 4.0 GPA and the person that she admires the most is her mom for all of her support. 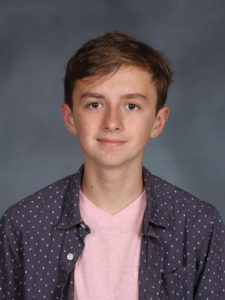 Aden Rapanos is a 7th grade student and the son of Steve and Jen Rapanos.  He has one sister named Ashtaan as well as a dog named Tully and a cat named Maxx.  Aden attended Parkside elementary and his active in tennis at NRMS.  Aden cheers for Michigan State and wants to become a history teacher or a historian when he grows up.  His favorite thing about NRMS is seeing all of his friends each day.  Aden would like to take a trip to Moscow, Russia one day.  Some his favorites include band class, teacher Mr. McCarthy, chocolate chip cookies, the movie to All the Boy’s I used to Love, the book Compound, the song Waterloo by Abba, and the color pink.  Aden is most proud of his sister Ashtaan and the person that he admires most is his grandma. 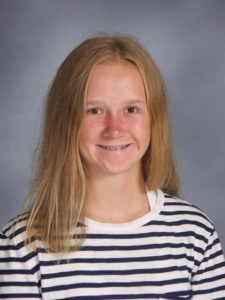 Sara Schuette is an 8th grade student and the daughter of Scott and Jennifer Schuette.  She has two brothers Noah and Tanner and attended Roguewood elementary.  Sara is active in basketball, band, and NJHS at NRMS.  She also enjoys softball, skiing, wakeboarding, playing board games and card games.  Sara cheers for Michigan State and would like to become an architect when she grows up.  Sara would like to travel to Hawaii for a vacation.  Her favorite thing about NRMS is she “loves the advanced classes she has”.  Some of her other favorites include honors geometry, teacher Mrs. Kilbourne, eating ice cream, the Avengers Movies and Thor Ragnarok, the book The Throne of Glass, music from Maroon 5 and Post Malone, and the color Blue.  Sara is most proud of her academic achievements and the people that she admires the most are her parents for always being there for her. 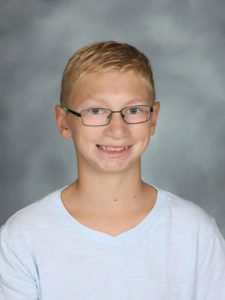 Jack Schuler is an 8th grade student and the son of Karen and Joe Schuler.  He has one brother named Andrew as well as a dog named Sparky and a fish named Handsome.  Jack attended Northview for elementary and is active at NRMS in Special Olympic Snow Shoeing.  Jack also loves to play foosball during lunchtime.  He loves to go sledding and play with friends in his free time.  Jack cheers for the University of Michigan and hopes to work at a Vet where he can help pets.  Jack would love to vacation in sunny and warm Florida where he can play in the ocean, boogie board, body surf, and make sand castles.  Some of Jack’s favorites include his digital communications class, teacher Mrs. Lutz, eating waffles, the movie Hotel Transylvania 3, the Harry Potter books, and listening to pop music and music from Marshmello.  Jack is most proud of getting this student of the month award and the person that he admires the most is NRMS Security Officer Mr. Todd because he is always so nice and friendly.