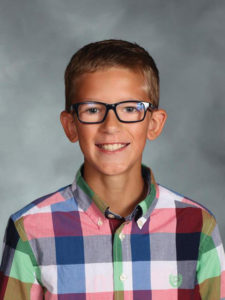 6th Grade Student of the Month

Austin is the son of Janelle and Trevor and has two siblings named Landon and Kendall. He also has a dog named Macy. Austin is involved in a lot of activities including football, basketball, wrestling, soccer, dirt-biking, 4H, skiing, fishing, hunting, snowmobiling and working on the farm. His favorite class is PE and he also loves tacos, the color blue, rock music and The Diary of a Wimpy Kid series of books. His dream vacation would be to travel to the Bahamas with his family and one day he would love to play in the NFL. His favorite thing about ERMS is that the teachers are awesome and the staff does a great job of making the school fun. He admires his parents the most because they push him to do his best 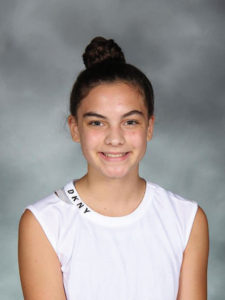 6th Grade Student of the Month

Amelia is the daughter of Barb and Michael Bain and has one older sister named Ainsley. Amelia enjoys playing volleyball, reading and photography. Ameila couldn’t pick a favorite class – she loves them all! She also loves pizza, the color blue, volleyball and track and her favorite books are The Hate You Give and A Long Walk to Water and Wonder. Her dream vacation would be to travel to Bora Bora and one day she would love to work in the medical field in Doctors Without Borders. She is most proud of surviving 6th grade… so far. She loves the staff at ERMS and admires her parents the most because they are good with everything! 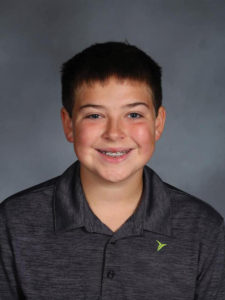 7th Grade Student of the Month

Colton is the son of Jared and Kristen and has a brother named Henry and a sister named Lucy. He also has one dog named Chewy! Colton enjoys wrestling, hunting and fishing, as well as corn beef brisket, the color blue and reading. Colton’s favorite class is English and his dream vacation would be to visit Alaska. In the future, Colton would love to be a fishing guide because he loves fishing and being outside. He enjoys being with his friends at ERMS and he admires his mom and dad the most because they are always there to help him. 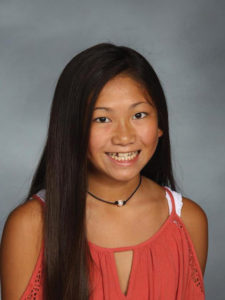 7th Grade Student of the Month

Hannah is the daughter of Dan and Nancy Richter and has a sister named Emma. She also has a dog, two cats and a pet bunny. Hannah plays soccer and that is her favorite sport. She also loves social studies, ice cream, the color blue and the Land of Stories series. Her dream vacation would be to travel to Bora Bora or Fiji. She would love to use her passion for soccer and helping others to be a sports medicine doctor in the future. She is most proud of her athletic achievements and she admires her parents the most because they set a great example of what it means to work hard. 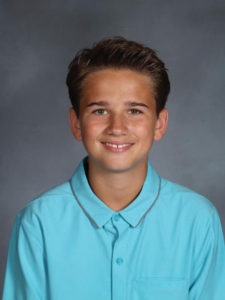 8th Grade Student of the Month

Michael is the son of Terri and has siblings named Mitch, Mark, Sydney, Sophia and a dog named Molly. His favorite activities are soccer, futsal and frisbee. He also loves math and english class and pizza! His dream vacation would be to travel to Spain to watch a soccer game and one day, he would love to be a pharmacist. He is most proud of making to the National League for soccer. Michael’s favorite place to visit is Petosky and he also loves watching sports. The two people that Michael admires the most are Messi because of his work ethic and the Pope because he stands for everything that Michael believes in. 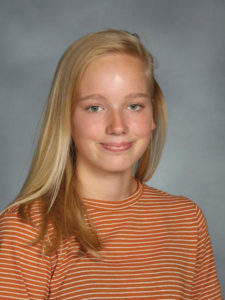 8th Grade Student of the Month

Lily is the daughter of Kelli Blouin and has one brother and two cats. Lily’s favorite activities are to make art, babysit and take photos. She also really loves her English class! Lily enjoys being outside, music and hiking and her dream vacation would be to travel to Hawaii. Lily really enjoys cleaning and organizing as well! Her future dream job would be to be a pediatric nurse. Lily’s favorite thing about ERMS is that everyone is very kind and supportive. She admires her mom the most because she survived cancer and also her friends because they are so positive and kind.