The Rockford Sparta Gymnasts qualified 7 gymnasts to the Individual State Championships on Saturday March 9th. Reagan Ammon, Chantel Lokers, Morgan Case, Ashely Faulkner and Avery Nixon qualified to compete all 4 events and the all around, while Senior Taylor Cullen qualified on the Floor and Junior Nicole Curtis on the vault.

The team started on Floor, and picked up where they left off on team Finals. Reagan Ammon and Averi Nixon led the way both scoring 9.2, followed by Case 9.025, Lokers 8.85, Cullen 8.725 and Faulkner 8.675.  Ammon and Nixon found themselves on the podium tying for 3rd place.

Bars saw the Rams turn in solid performances. Senior Reagan Ammon’s bar routine scored her first Individual State Title with a score of 9.15. Ammon was the only D2 gymnast to score above a 9! Ashley Faulkner’s 8.95 put her in 3rd while Chantel Lokers 8.575 found her in 8th. Morgan Case turned in a 8.45 while Averi Nixon’s routine earned a 8.325.

Ending on Balance Beam, Ammon’s 9.275 was the highest score of the night giving Ammon her second Individual title of the night. While Lokers found herself tied for 9th with a 8.975. Averi Nixon turned in a 8.9, while Faulkner scored an 8.85 and Case a 8.7. 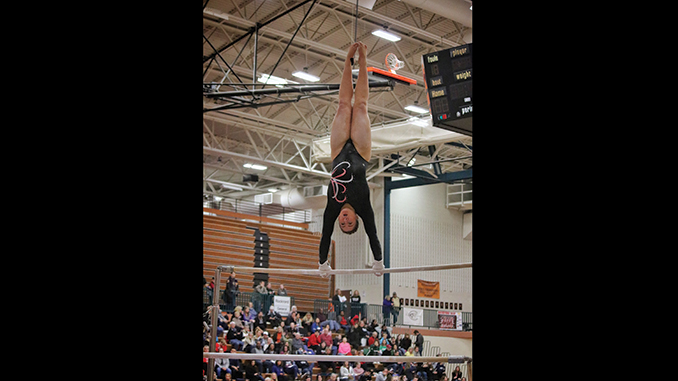 As the Award presentation began, and the individual event titles were handed out, the Ram fans were ecstatic to see 3 of the 4 event titles claimed by Ammon and Case, as well as Lokers, Nixon and Faulkner standing on the podium as well. As the Individual All Around awards were presented, the Rams claimed 4 spots in the top 10. Senior Reagan Ammon was stunned when her name was called as The 2019 MHSAA All Around Champion.  Her All-Around Score of 36.675, was .4 higher than the second place finisher from Farmington United. Rounding out the podium for the Rockford Sparta Gymnasts were Morgan Case in 5th with a 35.575, Ashley Faulkner in 7th with a 35.425 and Averi Nixon in 9th with a 35.025. Senior Chantel Lokers was just off the podium in 11th place with a 34.925.

It was quite a weekend for the Rockford Sparta Gymnasts; on Friday night they celebrated a State Runner up finish in the Team Finals, continuing the Rams dominance in the sport. The Rams won 3 State Team Titles in 2015, 2016 and 2017, placed 3rd in 2018 and 2nd in 2019! Individually, Morgan Case’s Vault title accompanies her Floor state title form 2018. For Senior Reagan Ammon, adding three Individual titles to her resume makes Ammon one of the most decorated gymnasts in recent Ram history. She caps her career with 2 MHSAA Team State Titles, 3 MHSAA Individual State Titles, 4 Conference Team Titles, 2 Conference All Around titles, 3 Conference event titles, 4 Regional Team titles, 2 Regional All around titles, and 4 Regional event titles.

The team may be graduating 3 seniors in Ammon, Cullen and Lokers, but there is a plethora of talent coming back. The 2019-2020 Rockford Sparta Gymnasts will be the team to watch next year. 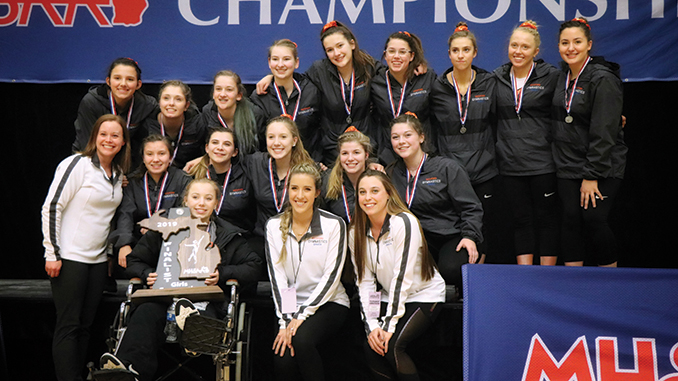 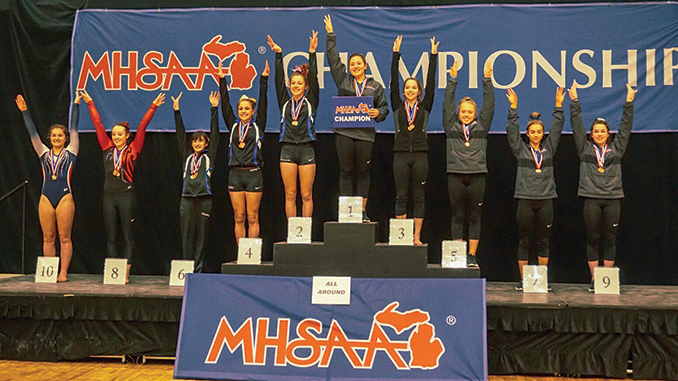