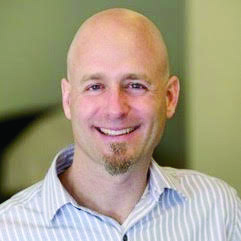 I heard a story told by Dr. Mark Labberton of Fuller seminary that takes forgiveness to a whole new level. Doris was 82 years old and arrived at church early one Sunday morning. As she was reaching into the back seat of her car to grab a tray of muffins, she was struck from behind and pushed into the passenger seat. She asked her kidnapper’s name, “Who are you?” “I am Jesse” the young man replied, “We’re going to your ATM and you’re going to give me all your money.” Jesse was a drug addict and had done this before. He drove to the first ATM and withdrew the maximum allowed. This went on for several stops until Doris said, “Look, you need a really good drug rehab program and you need Jesus.” Eventually when the card had reached its daily limit, Jesse was about to leave her by the side of the road but Doris was too banged up and bruised to get into the passenger seat and drive. So Jesse escorted her to the drivers seat, fastened her seatbelt, and then gave her a kiss on the cheek. “You really need Jesus and I’m going to pray every day that you get caught and get into a rehab program.” A few weeks later Jesse was caught, identified in a line up and stood before a jury. Doris was the primary witness and said to the judge “That’s the man, he did all those terrible things. But he really needs a rehab program and he really needs Jesus!” An eight-month sentence was given. Doris visited him every week until he got out and was eventually moved to a rehab program.

The beautiful thing about Doris is she never talked about her trauma, or how she wanted to get even. She was all about the care and forgiveness of Jesse. The hardest part about forgiveness is being willing to look past our own hurt and suffering to see the need of others. To know pain is to know the way of our savior Jesus and the comfort he provides. The Bible reminds us to “be kind and compassionate, forgiving each other, just as in Christ, God forgave you” Ephesians 4:32.